The Issue at Hand

In recent years, the city of London has experienced an elevated risk of flooding which has impacted Londoners’ everyday lives. This has been an ongoing issue as some of London’s most notable floods have occurred between 1974 and the 2000s. The most impactful floods up to 2019 have occurred in; March 1977, September 1986, July 2000, April 2008, December 2008, and February 2018. Because the flooding does not occur in a particular season, the city of London has experienced difficulty in creating preventative measures. The effects of climate change have drastically contributed to this elevated risk and unpredictability as a Western University research team concluded in 2007; “climate change is expected to intensify flooding in the [river] basin, thus bringing flows in higher magnitude with more frequent occurrence.” Since 2007, the city of London or Middlesex County has declared multiple “states of emergency” due to extreme weather and flooding. In January 2020, London saw record rainfall which created extreme flooding in the Thames River. This has caused great strain on London’s wastewater and stormwater systems. Thames River flooding has the most impact on London as the fast flowing waters breach the river banks and water is directed into city areas.

Relevance to the London Community

The “​​upper watershed of the Thames River, covers 3,421 square kilometres in southwestern Ontario and is home to approximately 539,500 people.” Based on size and location of river and proximity to where so many people live and work, extreme weather conditions that result in flooding impacts and affects Londoners in many different capacities. The consequences of the climate change induced flooding for the London Community include; flooding of parking lots, basement and house water damage, knocking out power, and flooding of parks and public areas. In addition to flooding, extreme weather has produced up to 100km winds which have knocked down trees, powerlines, and caused up to 3 feet of water on the street. This is costly to repair and can be dangerous for citizens. This extreme weather and flooding can also lead to sewer systems backing up. London residents have seen basement flooding as a result of this. In one particular case, Monika Guzy of the City of London stated “With the significant rainfall that came down quickly, the sanitary sewer system experienced volumes beyond the system’s capacity and we saw a number of manholes that were surcharging as a result of the volume.” This surcharging also contributes to water damage in the homes and basement flooding. London has also seen extreme water levels in St. Marys Flats and Harris and Gibbons Parks. As well, cars are at risk of being submerged in low lying parking lots situated close to the Thames (particularly Elgin and Medway lots of Western University, and Gibbons Park parking). These short-term impacts of flooding and extreme weather in London are costly to address, difficult to avoid, and can be potentially dangerous.

With the degree of flooding and extreme weather London faces, there are also significant long-term impacts on individuals and the city that can take time to discover. Water damage in the home can go unnoticed when it is behind walls, in unfinished basements, etc. and electrical systems can suffer as a result. Flood water can create electrical corrosion which causes systems to become unstable and potentially dangerous. London businesses and homeowners would need licensed electricians to inspect these systems and make sure there are no safety risks. People can’t readily see these systems so they often don’t think to have them checked, this is the case with other health and safety worries. Health risks with water damage can also include mould in the home which may also go unnoticed. Along with individual health and safety risks, there are significant ecological implications faced by the city and the environment. A report done by the Government of Ontario on the Thames River Basin and its watershed quality states: “Excessive aquatic plant growth and unpleasant aesthetic conditions are the most visible signs of water quality impairment; however, the less visible problems of low dissolved oxygen levels and high bacteria levels are also significant. Most severely affected by this impairment are fish and aquatic life and recreational water uses.” This water quality combined with the erosion of stream banks and dikes as well as of topsoil creates a bigger ecological issue in which local species and arable land suffer. The impacts on the environment lead to less biodiversity and therefore greater direct negative health effects. Indirectly the loss of biodiversity can affect livelihoods, income, and local migration.

To combat these impacts on the London Community, the city and independent organizations have introduced initiatives seeking to minimize the economic, environmental, and social repercussions. The greatest initiative taken by the City of London is the West London Dyke Reconstruction Project. The West London Dyke “runs along the west bank of the North Thames River from Oxford Street to the Forks of the Thames, and then along the west bank of the main Thames River to the west side of the Wharncliffe Road Bridge.” To note: “a dike or dyke is a barrier used to regulate or hold back water from a river, lake, or even the ocean.” The project is “the reconstruction of approximately 1,600 metres of the West London Dyke. Work will increase dyke elevation to better protect thousands of residents and businesses from rising water levels from the Thames River.” Along with this, “there are three major flood control dams in the UTRCA (Upper Thames River Conservation Area)” The UTRCA is looking to try and create greater floodplain structures.

Ontario’s Flood Strategy is looking to create significant improvements in already existing infrastructure. From the report detailed earlier, “the City engaged UWO researchers from the Department of Civil and Environmental Engineering to conduct a preliminary analysis of the city’s rainfall intensity…the City should consider developing significantly larger stormwater management facilities and drawing new flood lines within the Thames River watershed.” This has manifested in the flood strategy which proposes to focus on five priorities:

2. Strengthening governance through provincial policy to ensure local development is directed away from areas where flooding and erosion present unacceptable risks.

3. Enhancing flood preparedness through the use of state-of-the art science and technology.

4. Enhancing response and recovery by improving how we receive and respond to municipal requests for assistance.

5. Investing in flood risk reduction by working with the federal government to increase investment in critical areas like mapping and infrastructure.

“Conventionally, flood emergency management, both public and private, usually responds to crises rather than being concerned with the broader issues of vulnerability and its management (Shrubsole, 2001). It’s time this culture changed a little so other alternatives for mitigation of flood damages, landslides and soil erosion, such as planned land use, should be explored, proposed and implemented.” For London it is important to see the integration of ideas, cooperation from different levels of government and organizations, and connection to the cause. While the Ontario Flood Strategy is a start, there is a long way to go in creating preventative measures not only for the city but doing things for the environment that can help prevent extreme weather causing the flooding.

Young, Leslie. “These are the health and safety risks during and after a flood.” Global News. 26 April 2019, https://globalnews.ca/news/5207436/health-safety-risks-flood/

This blog post series is an ongoing partnership between the SDG Cities program at Pillar Nonprofit Network and the Environmental Stewardship course in the Governance, Leadership, and Ethics program at Huron University. As part of their assignments, students are required to write about real-world challenges using the UN Sustainable Developments Goals (SDGs) as a holistic framework to analyse the problem and propose solutions that could lead to systemic change and a better future for all. The series presents an opportunity for students to address practical and meaningful challenges that their communities are facing currently,  and an opportunity for SDG Cities to enrich their program by including youth perspectives.

All opinions expressed by the guest authors do not necessarily reflect the opinions of the SDG Cities program, 10C Shared Space or Pillar Nonprofit Network. 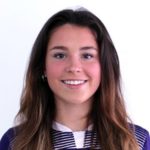 Madeline is a third-year student studying at Huron University. She is a political science major and philosophy minor but enjoys a curriculum of many governance and environmental science courses. Madeline grew up in Toronto, Ontario where she learned to play soccer. She is currently still playing soccer on the Western University Varsity Soccer team. While Madeline enjoys competitive sports she also has a great love for the outdoors and activities such as swimming, biking, and hiking.

SDG Cities is made possible through supportive community partnerships and funding from the Government of Canada. SDG Cities is a collaborative, community driven project being delivered on the ground by…

Join us for an annual gathering to celebrate the progress advancing the SDGs in Guelph and London. The first symposium is planned for early 2023. Contact us or sign up…