The Race to Zero and the motion before council recognizes the need for a just climate transition and follows guidelines outlined by SDG 13. By passing the motion, council agrees to identify and advance one equitable and inclusive climate action to put Guelph on the path to a resilient future by the end of 2022.

On December 6th, 2021 Guelph City Council passed the Race to Zero/2050 is too late motion which will strengthen climate change policy in Guelph. With the motion in front of them, Council engaged in a lively debate around the City’s role as a climate change leader, the need for better communication with the public about ongoing and planned climate actions and the processes and partnerships necessary for accurate community wide measurement and reporting. By passing this motion, Guelph joins cities around the world, including Toronto, Hamilton and Brampton in the race to zero carbon emissions.

With extreme weather events impacting both coasts, Canadians cannot wait to take action on climate change. This was the clear message sent by the organizations and individuals championing this motion. SDG 13: Climate Action, highlights the urgency of the climate crisis and calls for better policy making, planning and monitoring. Other targets aim to improve education, awareness raising, institutional capacity and strengthen resilience. There are also clear calls for higher income countries to take a leadership role and do their part to decrease emissions and demonstrate leadership.

Recent reports from the Intergovernmental Panel on Climate (IPCC) indicate that climate action and leadership is urgently needed to reduce greenhouse gas and keep global warming below 1.5°C – a goal set in the Paris Climate Agreement. The Cities Race to Zero is a global coalition of local governments who have committed to set science-based targets and start implementation of inclusive and resilient climate actions today.

Guelph has already made commitments to achieve net zero carbon emissions by 2050, at the latest and achieve 100% renewable energy for the City as a corporation (i.e. all buildings, operations and infrastructure) within the same timeframe. However, this motion, supported by 15 local organizations, recognizes that 2050 is too late and urgent action is needed to reduce emissions -pushing the timeline for achieving this goal up to 2040 or sooner. In pursuit of net zero carbon, the motion also asks council to modify the existing interim 2030 target. The new target will see Guelph reduce emissions by 63% over the next 8 years, which translates to Guelph’s fair share of the global 50% reduction in emissions required to stay on track and keep warming to 1.5°C.

The motion also introduces important accountability measures for council and the community as a whole. In order to reach targets set for 2030 and beyond, the City must conduct annual reporting and set four-year interim targets that are aligned with council terms and budgeting timelines. Evan Ferrari of eMERGE Guelph notes that “without this motion, our first climate target isn’t set until 2030. That’s like telling a parent today that their child in grade 1 won’t be evaluated until they get to grade 9. This will add more accountability to our elected officials and ourselves”.

eMERGE is among 15 local organizations who support the motion. There was also widespread support across the community. A survey of Guelph residents, conducted in September 2021, found that climate change was the biggest issue for voters. Additionally, 73% said they believe Guelph should be a leader in the response to climate change.

Finally, the Race to Zero and the motion before council recognizes the need for a just climate transition. By passing the motion, council agrees to identify and advance one equitable and inclusive climate action to put Guelph on the path to a resilient future by the end of 2022. The City will be required to regularly engage with its treaty partner and Indigenous elders on the development and implementation of climate actions locally. 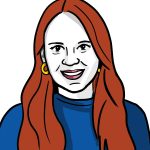